Centennial Park in Bowral's Dog Park has a long reputation over the years, of nasty old ladies dis-respecting and bullying other dog owners.

So it is no surprise that an evil old lady, that has no respect for herself or others decided to try to kick me out of the park today.

This evil old lady named Maureen known as the dog walker in Bowral. Seems most of the grannies there know of her..photo will be supplied soon.

She makes cash money on the side by walking peoples dogs while shes on her pension... a Centrelink cheat.

Last time I saw Maureen she disliked a conversation i had with someone at the park about vaccines.
A person was complaining about getting the flu when she already had a flu shot. I said to this person that even our criminal mainstream media has admitted vaccines do nothing against the flu.

Maureen stuck her head in and said, "Your one of those."

I said to Maureen, "yes I'm one of those smart highly Intelligent individuals that researches the truth.
Maureen came back and said, "but I'm a nurse."

I said to her, "yep even Nurses Doctors scientists these days who are smart enough to question things are waking up to the truth about vaccines, and even CEO's of the pharmaceutical Industry have admitted to vaccines causing cancer , autism etc. and fudging stats and lying about clinical trials...in front of court rooms. That's why there are so many payouts these days.
Go read the packet of your next flu shot vaccine. read the fine print that reads, not guaranteed and not tested.

USA: Highest Vaccination Rate in the World Has the Worst Health
http://realfarmacy.com/usa-highest-vacc ... st-health/

Anyway, to cut a long story short, I went to Bowral Centennial dog park again today ( 2 months later) and as I walked in with my dog, Maureen comes up to me.
Maureen tells me my dog is not allowed in the park, because its not vaccinated.... it's law.

Who gives their dog a flu shot?

I may need to notify Bowral Health Service about this psychotic woman bullying people at the park, for not having a flu shot.

I laughed at her, since she knows nothing about my dog, my vet, the law, nor what vaccines my dog has had.

I asked Maureen to show me the law on that. Then she said oh its on the sign outside... I laughed and said show me the sign.

Maureen eventually left with her circle of friends.

Not only is this Bowral Dog Walker stupid, but she is pure evil... I would not let this Southern Highlands dog walker near my dog.

Can't wait for the next time I visit Bowral Dog Park... so I can get bullied harassed and intimidated by an old lady again.

All those people at Centennial Bowral Dog Park, that Maureen has given her mobile number to...If anyone knows Maureen's last name, please email me... so I can give this info to my Barrister.

Took a picture of Maureen Anderson while she was taunting me at the dog park.

She even said, "God your a dickhead" , because I kept ignoring her

Why would I even want to talk to an evil old lady with an IQ of a worm. 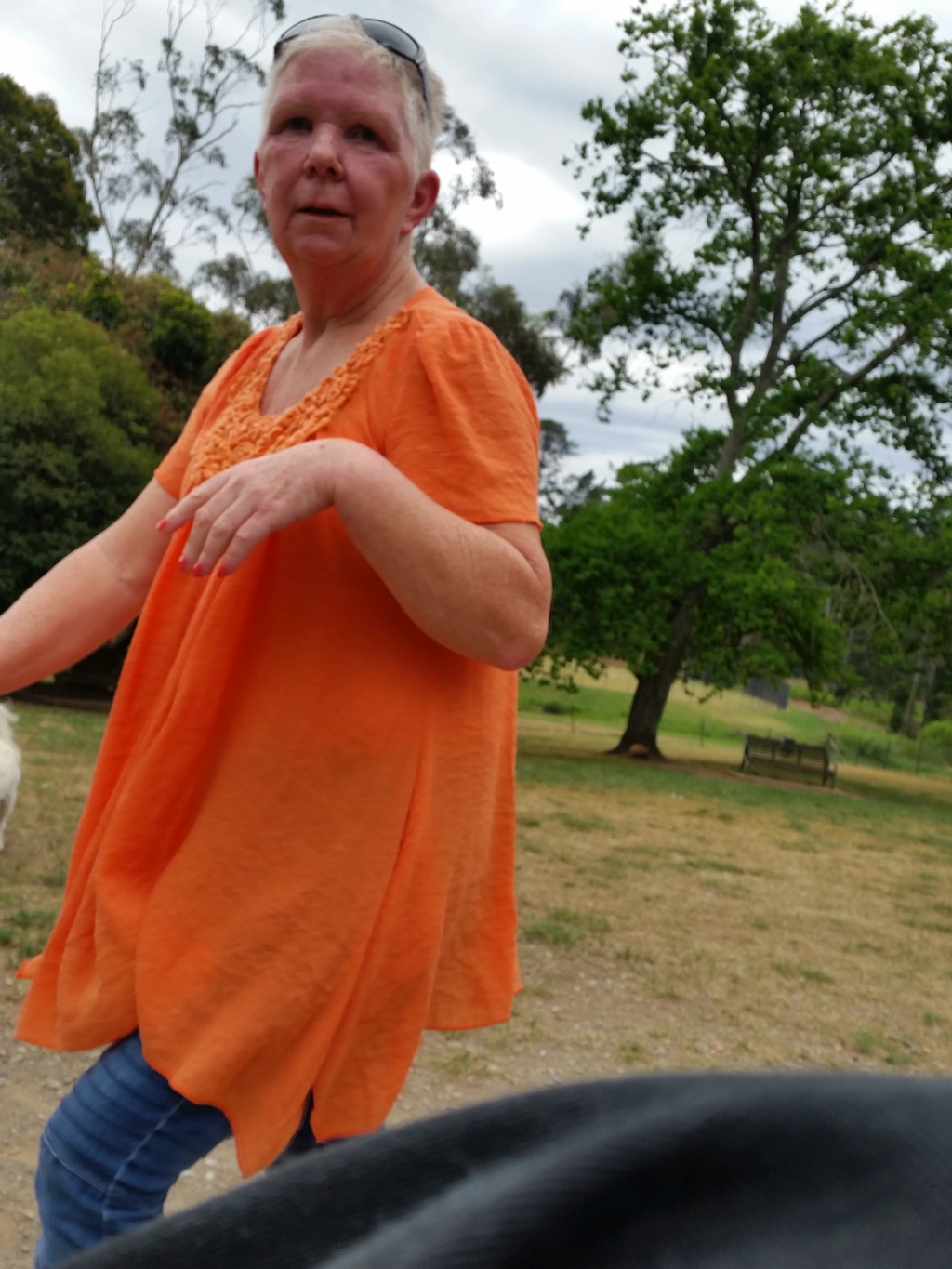 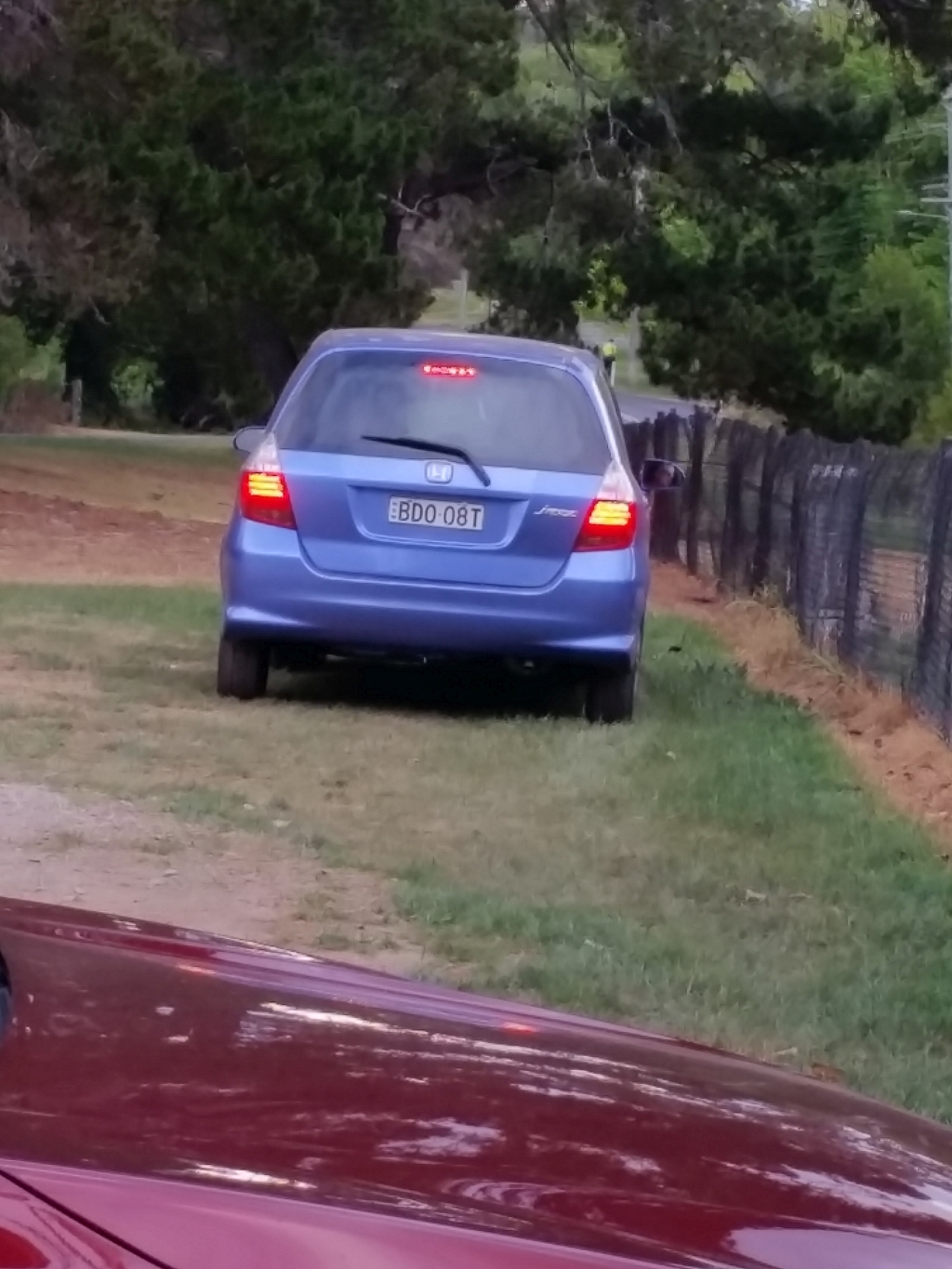 WOW she looks just likes she acts... one evil demon from Hell.

Maureen Anderson's (synagogue of satan) group of friends were there to tell other dog owners to keep their dogs away from mine.

Walked up to one of the big mouths and asked her why are you lying and defaming my dog to people.. she said because I said my dog was un-vaccinated.
(I know this deceitful, dishonest evil old lady was lying and toying with me.) I said to satan's little helper, that I never said that, then she said, oh I thought you did.

So I had to explain it again to her, this is like the 4th time of explaining it to her... so I said, "You and your evil friend Maureen Anderson is fabricating stories to defame my dog and I."

I told her to go to James Blackburn the Vet at Moss Vale and get all the history of my dog since he was 8 weeks old and see for yourself.

Maureen Anderson cannot handle that I know the truth about vaccines, so she has to terrorize me by using my dog as a pawn.

Anyway you cannot reason with the Synagogue of Satan. They fabricate lies to defame and terrorize you for kicks.. its what they do best.

They see that God's light shines bright in me, so they must dim in out... it's in their nature.

It maybe time I expose this evil old lady also and post her name and photo, so everyone knows to keep away from her.

The ironic thing is, she told me that all her children and grand children have never been vaccinated..

but its ok to tell lies to everyone else that other peoples dogs and children aren't vaccinated.

Meet Judy, a dishonest and bitter old lady, that is spreading Maureen Anderson's lies... even though I have corrected her many times. 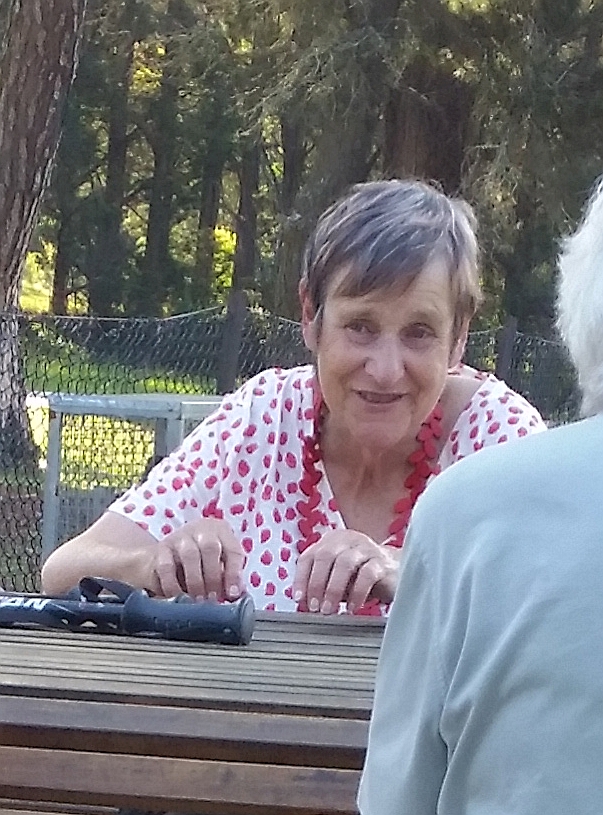 This one is for Maureen Anderson (the vaccine lover)

Why are so Many Healthy People Dying from the Flu After Receiving the Flu Shot?
http://healthimpactnews.com/2015/why-ar ... -flu-shot/
I am a Spartan by blood.. Biblical tribes Asher, Issachar, Zebulun, Dan, Naphtal, Thessalonians, Manasseh etc... were Aegean Greek semite tribes.

This is the "Cutter Incident" in 1955. All those people in "iron lungs" got polio from the polio vaccine. All of them!!! Every last one of them!! The vaccine caused 40,000 cases of polio, severely paralyzed 200 children and killed ten. It's explained at the 18:06 minute mark of "Exposing the Truth about Vaccines" with Dr. John Bergman. 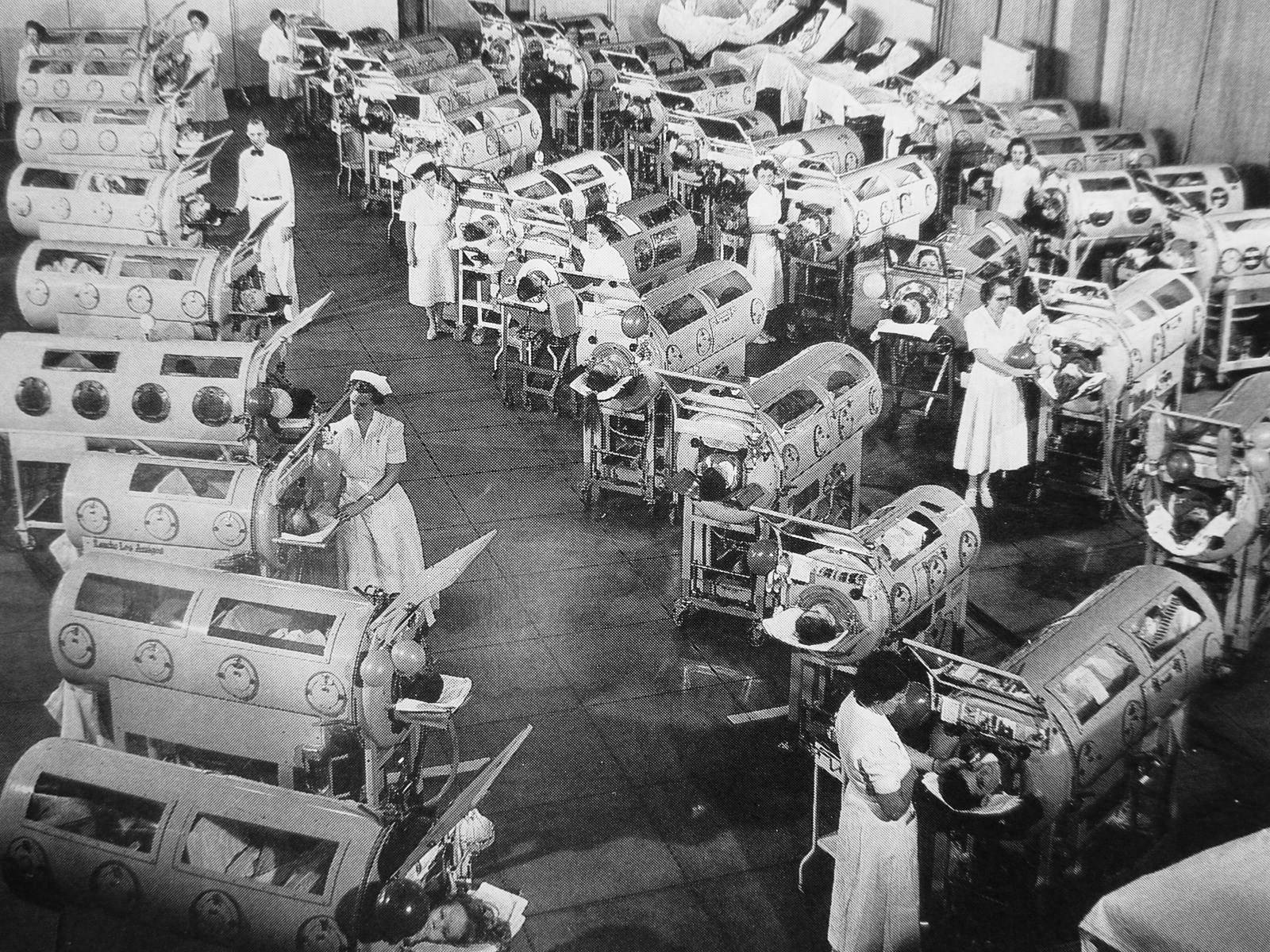 Yet this is the photo they always use to promote the polio vaccine!!

They all sit around the park benches while their dogs all poo everywhere... I have never seen them pick their own dog poo up.

When someone else's dog does a poo, they are the first to call out the dog's owner to pick up its mess.

They also do not like someone coming to the park with a bigger lively dog.

They will tell the dog owner the park is for small dogs only.