McDonald's loses legal battle with chef Jamie Oliver, who proved that the food they sell is not suitable for ingestion, because it's highly toxic.
Chef Jamie Oliver won a battle against the largest junk food chain in the world. Oliver proved how burgers make.

According to Oliver, the fatty parts of the meat are ′′ washed ′′ with ammonia hydroxide and then used in the meat ′′ pie ′′ packaging to fill the burger. Before this process, according to the host, this meat was already not suitable for human consumption.

Oliver, radical activist chef, who took on a war against the food industry, says: we're talking about meat that would have been sold as dog food and human beings are served after this process. In addition to meat quality, ammonium hydroxide is harmful to health. Oliver says this: ′′ The process of pink shit ".

What sane human being would put a piece of ammonium hydroxide soaked meat in a baby's mouth?
In another of his initiatives Oliver demonstrated how chicken nuggets are made: after selecting the ′′ best parts ′′ - the rest: fat, skin, cartilage, visceras, bones, head, legs, they undergo a smoothie-mechanical separation - it's the understatement that engineers use in food, and then that blood-rosy pasta is deodorated, discolored, re-painted and repainted, capped in melcocha melcocha flouracea and fried, this is re-found in usually partially hydrogenated, i.e. toxic.

The food industry uses ammonium hydroxide as an anti-microbial agent, which allowed McDonald's to use in its meat burgers, which is not suitable for human consumption.

But even more disturbing is the situation that these ammonium hydroxide-based substances are considered ' legitimate components in production process s' in the food industry with the blessings of health authorities around the world. Consumers will never be able to find out what substances they put in our food. 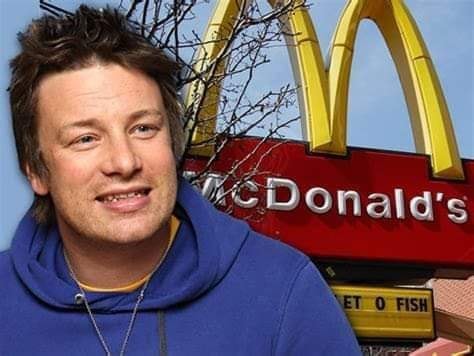